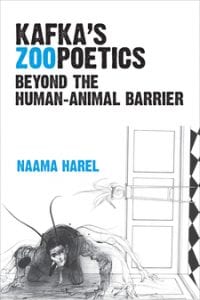 Nonhuman figures are ubiquitous in the work of Franz Kafka, from his early stories down to his very last one. Despite their prominence throughout his oeuvre, Kafka’s animal representations have been considered first and foremost as mere allegories of intrahuman matters. In recent years, the allegorization of Kafka’s animals has been poetically dismissed by Kafka’s commentators and politically rejected by posthumanist scholars. Such critique, however, has yet to inspire either an overarching or an interdiscursive account. This book aims to fill this lacuna. Positing animal stories as a distinct and significant corpus within Kafka’s entire poetics, and closely examining them in dialogue with both literary and posthumanist analysis, Kafka’s Zoopoetics critically revisits animality, interspecies relations, and the very human-animal contradistinction in the writings of Franz Kafka.