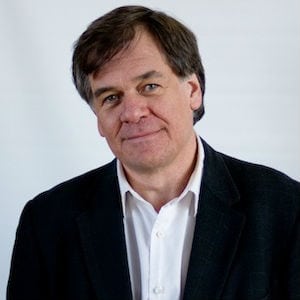 Timothy Mitchell is a political theorist and historian. His areas of research include the place of colonialism in the making of modernity, the material and technical politics of the Middle East, and the role of economics and other forms of expert knowledge in the government of collective life. Much of his current work is concerned with ways of thinking about politics that allow material and technical things more weight than they are given in conventional political theory. Educated at Queens’ College, Cambridge, where he received a first-class honours degree in History, Mitchell completed his Ph.D. in Politics and Near Eastern Studies at Princeton University in 1984. He joined Columbia University in 2008 after teaching for twenty-five years at New York University, where he served as Director of the Center for Near Eastern Studies. At Columbia he teaches courses on the history and politics of the Middle East, colonialism, and the politics of technical things.

Mitchell is the author of Colonising Egypt (1991), a study of the emergence of modern modes of government in the colonial period and an exploration of the forms of reason, power and knowledge that define the experience of modernity. Translations of the book have appeared in several languages, including Arabic, German, Polish, Turkish, and Japanese.

Mitchell’s subsequent work covered a variety of topics in political theory and the contemporary material politics of the Middle East. He has published essays on the theory of the state and other topics in political theory. Further writings on the nature of European modernity include an edited volume, Questions of Modernity, bringing together the work of scholars of both South Asia and the Middle East. In the field of Middle East politics he has published a number of essays on agrarian transformation, economic reform, and the politics of development, mostly drawing on his continuing research in Egypt. The research includes long-term fieldwork in a village in southern Egypt, which he has studied and written about for more than a decade.

His 2002 book, Rule of Experts: Egypt, Techno-Politics, Modernity, draws on his work in Egypt to examine the creation of economic knowledge and the making of the economy and the market as objects of twentieth-century politics; the wider role of expert knowledge in the formation of contemporary forms of government; the relationship between law, private property, and violence in this process; and the problems with explaining contemporary politics in terms of globalization or the development of capitalism.

Mitchell’s research on the making of the economy led to a four-year project that he directed at the International Center for Advanced Study at NYU on The Authority Of Knowledge in a Global Age. Articles on The Middle East in the Past and Future of Social Science, The Properties of Markets, Rethinking Economy, and The Work of Economics: How a Discipline Makes Its World, explored these concerns, and developed Mitchell’s interest in the broader field of science and technology studies (STS).

He brought together the fields of STS, political economy, and postcolonial theory in his book Carbon Democracy (2012) which examines how the possibilities for democratic politics have been expanded or closed down in the construction of modern energy networks. Building on his work on the invention of the economy, the book also explores how knowledge of the economy, the earth, and its climate, and at the same time of the Middle East as a problem of security, have been shaped and delimited in the production of the West’s carbon-intensive modes of life.

In 2012, he brought the journal Comparative Studies of South Asia, Africa, and the Middle East (CSSAAME) to Columbia. With an editorial team drawn largely from MESAAS and other Columbia departments, the journal tries to give wider support to the kinds of interdisciplinary scholarship that characterizes the intellectual mission of the department. He has also served on the editorial committees of the International Journal of Middle Eastern Studies, the American Political Science Review, Middle East Report (where he served a term as chair of the editorial committee), Social Text, Society and Space, the Journal of Historical Sociology, Economy and Society, the Journal of Cultural Economy, and Development and Change. Several of his writings have been translated and published in Arabic, including three further books of essays, as well as in Persian, Hebrew, Turkish, Japanese, and a number of European languages.