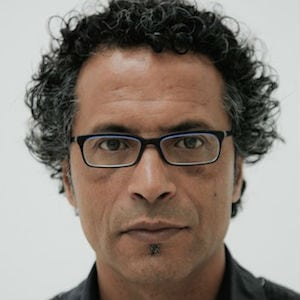 B.A., University of Tunis I (1985); Doctorate, University of Tunis I (1991). Prof. Ben Amor specializes in Arabic language and linguistics, language and identity, Arab music, and music in Sufism. His research combines his interests in music, language and identity in the Arab world through the study of lyrics. His most recent papers are entitled “Language through Literature” and “The Making of Tradition: Standardization of the Lyrics of the Tunisian Andalusian Maluf.” He published a textbook on Tunisian Arabic in 1988, a composition manual in 1990, Developing Writing Skills in Arabic (Routledge, 2013) and an Arabic Grammar video series entitled Al-Manha on YouTube . Other papers he wrote include “Sounds of Migration: The Mediterranean as a Bridge and a Barrier,” Sacred and Profane: A False Dichotomy in Arab Music,” “States of Mind: Music in Islamic Sufi rituals,” “The Politics of Language and the Formalization of the Iraqi Maqam,” and “Code Switching in Algerian Rai Music.” Prof. Ben Amor is currently working on a book (forthcoming, Brill, 2021): Beyond Orientalism: Arab Music and Modernity. Professor Ben Amor is also an active musician, music producer, and the director of the Columbia Arab Music Ensemble.

Professor Ben Amor is a recipient of several awards, including the Fulbright Fellowship, the Gordon Gray Jr. Chair in Arabic Studies, and the Lenfest Distinguished Faculty Award.