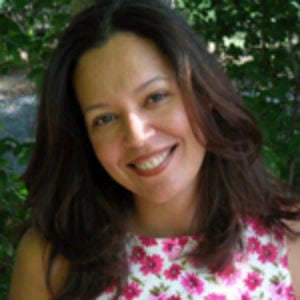 Rym Bettaieb was born and grew up in Tunis, Tunisia. She earned her B.A. in English with a minor in Spanish from the University of Tunis in 1994. She received her M.A. in English with Honors from the College of Staten Island, City University of New York in 1999. She was a recipient of an International Scholarship Award to pursue her Ph.D. in English Literature at Drew University in Madison, New Jersey, where she obtained her M.Phil. in 2007 and her Ph.D. in 2013. Ms. Bettaieb has taught foreign languages (Arabic and French), English composition, and Literature in colleges and universities in the New York Metropolitan area since 1998. She is currently a Lecturer in Arabic at Columbia University, NY and has written two Arabic Language textbooks that were published by Random House Company: Complete Arabic: Arabic Script. A Guide to Reading and Writing and Complete Arabic: The Basics (2008). She also writes non- fiction and poetry. Her creative pieces, entitled “Chapter 1”, “Her Language” and “Chapter 2”, were published in And Then magazine (2007, 2008 and 2013). Ms. Bettaieb has interest in Sufi Literature, Arab and Arab-American Literature, Autobiographical Writing, Twentieth Century Ethnic-American Literature, and Feminist Literary Theory. She wrote her Ph.D. dissertation on the unpublished Sufi poetry of Maryam Hand, an American poet. The title of her dissertation is Maryam Hand’s Poetry in Relation to Sufi Teachings and to the Tradition of Sufi Authorship. Ms. Bettaieb is the recipient of the Provost Innovative Course Design Award in Spring 2020. In Fall 2022, she was nominated by Senior Vice Provost, Soulaymane Kachani, to contribute to a university guide featuring exemplary faculty innovations in teaching and learning during the Covid-19 pandemic. Her contribution is now featured in “Teaching Transformations: Faculty Reflections and Insights on Pandemic Practices”, a digital guide.