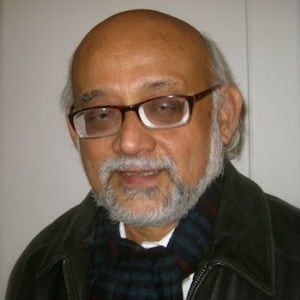 Partha Chatterjee is a political theorist, anthropologist and historian of South Asia. He was born in 1947 and educated at Presidency College, Calcutta. He obtained a PhD in Political Science from the University of Rochester in 1971. He was a member of the faculty of the Centre for Studies in Social Sciences, Calcutta, from 1973 and was its Director from 1997 to 2007. He is currently an Honorary Professor there. He has been Professor of Anthropology at Columbia since 1997 and also of MESAAS since 2006. He was a founding editor of Subaltern Studies.

He has published more than thirty books and edited volumes in English and Bengali. Among them are I Am the People: Reflections on Popular Sovereignty Today (2019), The Black Hole of Empire: History of a Global Practice of Power (2012), The Politics of the Governed (2004), A Princely Impostor? The Universal History of the Kumar of Bhawal (2001), The Nation and Its Fragments (1993) and Nationalist Thought and the Colonial World (1986).

He has also written seven plays in Bengali.