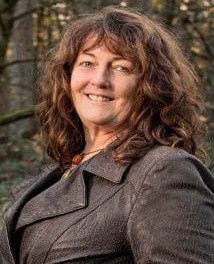 Laura Fair is a historian of twentieth-century urban East Africa and the author of several award-winning books. Her scholarship focuses on gendered social and economic change, and urban popular culture in Swahili-speaking communities.

Her first book, Pastimes and Politics: Culture, Community and Identity in Post-Abolition Urban Zanzibar, 1890–1945 (Ohio University Press, 2001), illustrates how former slaves used the social and cultural tools at their command—including music and dance, sex and procreation, Islam, fashion, football, and neighborhood—to demonstrate their freedom from slavery and articulate alternative visions of justice under colonialism. Selected as the Choice outstanding academic book of the year, and a finalist for the African Studies Association’s Herskovitz Prize, the book is commonly taught in both undergraduate and graduate classrooms. As one reviewer noted, “This accessible work exposes the complications and the creativity of urban Africans and deserves a wide readership…You can show this book to those unfamiliar with colonial Africa and they will be captivated rather than daunted.” Another reviewer called the book “a masterpiece” and a superb example of cultural history.

In 2013 Fair published Historia ya Jamii ya Zanzibar na Nyimbo za Siti binti Saad (trans. A Social History of Zanzibar and the Songs of Siti binti Saad), with TWAWEZA Press in Nairobi. This book intertwines the life and music of Siti binti Saad, a woman whose band was the first to produce records in Kiswahili, in 1928, with the struggles of the urban poor in early twentieth century Zanzibar. In both their recorded songs and public performances, the band spoke truth to power. They criticized the disdain the elite showed for the working poor, drew attention to the corruption that plagued the colonial regime, and demanded an end to gender-based violence and discrimination in both law and intimate relationships, all the while adhering to the elaborate constraints of rhyme and meter demanded by Swahili poetic forms. The book was launched in Zanzibar in conjunction with the opening of a local NGO dedicated to cultural preservation, named in Siti binti Saad’s honor.

Most recently, Fair published Reel Pleasures: Cinema Audiences and Entrepreneurs in 20th Century Urban Tanzania (Ohio University Press, 2018). The book combines a business history of Tanzanian exhibition and distribution practices with a nuanced analysis of the intimate meanings of films. Bringing rare explorations of actual audiences to the study of film, it highlights the critical place of moviegoing in urban public and domestic lives. Reel Pleasures won the Bethwell A. Ogot Prize, awarded by the African Studies Association for the best book in Eastern African Studies. It is scheduled to be republished by Zand Graphics, in Nairobi, for distribution in East Africa beginning in 2021.

Fair’s current research focuses on foodways along the Swahili coast, examining connections and contradictions between the culinary creativity of cooks, state power and the growing burdens of non-communicable diseases.

Prior to moving to Columbia, Fair ran a small, integrated organic farm. Pasture-raised lamb and chickens, solar energy, wheat, bees and an extensive vegetable garden allowed for a largely self-sustained and sound-sleeping household.