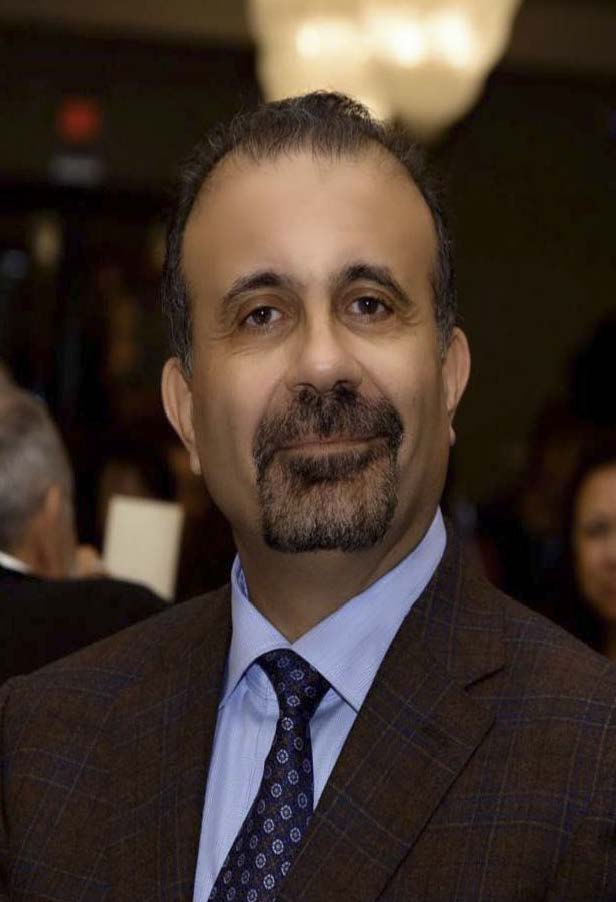 Joseph Massad teaches and writes about modern Arab politics and intellectual history. He has a particular interest in theories of identity and culture – including theories of nationalism, sexuality, race and religion. He received his Ph.D. from Columbia University in 1998. He is the author of Desiring Arabs (2007), which was awarded the Lionel Trilling Book Award; The Persistence of the Palestinian Question: Essays on Zionism and the Palestinian Question (2006); and Colonial Effects: The Making of National Identity in Jordan (2001).  His book Daymumat al-Mas’alah al-Filastiniyyahwas published by Dar Al-Adab in 2009, and La persistance de la question palestinienne was published by La Fabrique in 2009. The Arabic translation of Desiring Arabs was published in 2013 by Dar Al-Shuruq Press in Cairo under the title Ishtiha’ Al-‘Arab.

His recent two-episode interview with Al-Jazeera’s prominent program “Al-Muqabalah” can be accessed here:

Massad’s latest book is Islam in Liberalism, University of Chicago Press, 2015. The book was translated to Arabic under the title Al-Islam fi al-Libraliyyah, Dar Jadawel, Beirut, 2018. Several forums and symposia have been published on Islam in Liberalism with many contributors and responses from Massad:

Forum on Islam in Liberalism in the journal Politics, Religion, and Ideology

Symposium on Islam in Liberalism in the journal Syndicate Theology

Massad’s latest articles include “Against Self-Determination” in Humanity: An International Journal of Human Rights, Humanitarianism, and Development, Volume 9, Number 2, Summer 2018. This article generated much interest and a Symposium with several scholarly contributions and a response from Massad was dedicated to it by the journal Humanity. You can read the contributions to the Symposium here.  His other recent articles include “Edward W. Said and Joseph Boone’s The Homoerotics of Orientalism”, Cultural Critique, Winter 2018, “The Cultural Work of Recovering Palestine,” Boundary 2, Volume 42, No. 4, November 2015, 187-219, “El Trabajo cultural de recuperar la Palestina,” in En-claves, Mexico, Fall 2015, “Recognizing Palestine, BDS, and the Survival of Israel,” in Ashley Dawson and Bill Mullen, eds., Academic Freedom and BDS, Haymarket Books, 2015, “Egypt’s Propaganda and the Gaza Massacre,” in Laila El-Haddad and Refaat Alareer, eds., Unsilenced: Reflections and Responses to Israel’s 2014 Attacks, Just World Books, 2015, “Orientalism as Occidentalism,” History of the Present, Winter 2015, “Olvidar el Semitismo,” Revista Foro Internacional, Mexico, July-September 2014, Vol. LIV, No. 3, 696-737, “Love, Fear, and the Arab Spring,” Public Culture, Winter 2014, 129-154, and “Forget Semitism!,” in Elisabeth Weber, editor, Living Together. Jacques Derrida’s Communities of Peace and Violence, (New York: Fordham University Press, 2013), 59-79.

His articles have appeared in many journals, including Public Culture, Interventions, Social Text, Middle East Journal, Psychoanalysis and History, Critique, Umbr(a), Cultural Critique, and the Journal of Palestine Studies, and he writes frequently for Al-Ahram Weekly, Al-Akhbar, Al-Jazeera English, and Electronic Intifada. He teaches courses on modern Arab culture, psychoanalysis in relation to civilization and identity, gender and sexuality in the Arab world, and Palestinian-Israeli politics and society, with seminars on Nationalism in the Middle East as Idea and Practice, and also on Orientalism and Islam.