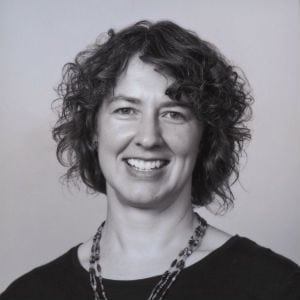 Jennifer Wenzel is a literary critic jointly appointed in MESAAS and English and Comparative Literature. She specializes in postcolonial literature and theory, with particular emphasis on the Anglophone literatures of West and Southern Africa.

She completed a Ph.D. in English at the University of Texas at Austin in 1998, with a specialization in Ethnic and Third World Literatures. Her dissertation was a comparative study of contests over land in the work of South African novelist J.M. Coetzee and Bengali writer and activist Mahasweta Devi. While at Texas, she studied Hindi with Rakesh Ranjan at the AIIS program in Varanasi. From 2003-2014, she taught in the Department of English Language and Literature at the University of Michigan, where she was also affiliated with the Department of Afro-American and African Studies and the Center for South Asian Studies. She has held fellowships from ACLS, FLAS, Mellon, NEH, and the Shelby Cullom Davis Center for Historical Studies at Princeton University.

Her book, Bulletproof: Afterlives of Anticolonial Prophecy in South Africa and Beyond (Chicago and KwaZulu-Natal, 2009), which examines the literary and cultural afterlives of the 1856-57 Xhosa cattle killing, was awarded Honorable Mention for the Perkins Prize by the International Society for the Study of Narrative. Additional work on the politics of memory and decolonization appears in “Remembering the Past’s Future: Anti-Imperialist Nostalgia and Some Versions of The Third World” (Cultural Critique, 2006), an essay about the assassination of Patrice Lumumba.

Her recent work engages the environmental and energy humanities. Her article, “Petro-Magic-Realism: Towards a Political Economy of Nigerian Literature” (Postcolonial Studies 2006), pioneered the study of literature and oil by theorizing the relationships among fossil fuels, narrative form, and the publishing industry. With Imre Szeman and Patricia Yaeger, Wenzel co-edited Fueling Culture: 101 Words for Energy and Environment (Fordham 2017), a compendium of keywords related to energy, written by scholars, artists, and activists from across the humanities and social science disciplines and around the world.

Her other research and teaching interests include the sociology of global literary circulation (the focus of her course on “Global Bestsellers”), the writings of late 19th century and early 20th century African nationalists, and the literary implications of Christian missionary endeavor in Africa and India. A 2021 lead article in Novel: A Forum on Fiction, “Zones of Occult Instability: The Birth of the Novel in Africa,” re-considers the career of Sesotho novelist Thomas Mofolo.