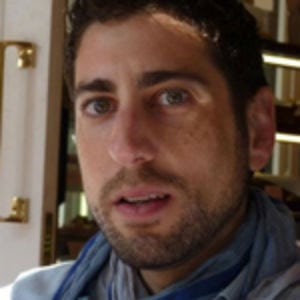 Illan Gonen is a lecturer in Modern Hebrew language, specializing in grammar acquisition. He has taught in MESAAS for seven years (2012–4, and since 2016), teaching Elementary, Intermediate, and Heritage Hebrew courses. These days, Illan is researching different angles of Hebrew grammar pedagogy, and grammar writing of Semitic languages.

Illan did their BA in linguistics and East Asian studies (cumma sum laude) and MA in Semitic linguistics (sum laude) at Tel-Aviv University, the latter with a thesis on reanalysis of Modern Hebrew’s verbal roots. From there, he continued to PhD in Semitic linguistics at University of Cambridge. In his dissertation he is documenting grammatical aspects of the highly endangered Jewish Modern Aramaic. He mainly studies the phonology and morphology of the language.

In 2014–16 Illan also taught at a Hebrew immersion school for immigrants (Ulpan) in Israel.

In 2011 they co-authored the book Hebrew Online (Keter publishing), surveying how the language has been changing while being written on the internet, and the spoken–written continuum and tension.