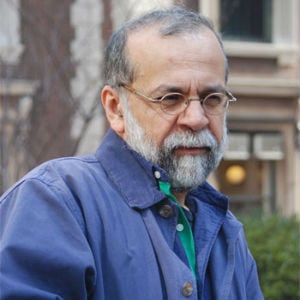 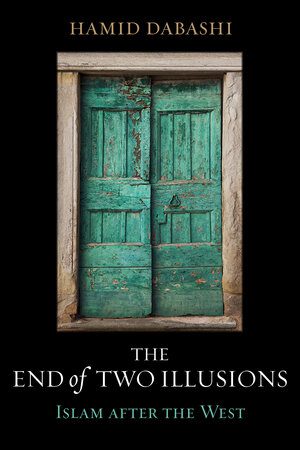 Hamid Dabashi is the Hagop Kevorkian Professor of Iranian Studies and Comparative Literature at Columbia University. He received a dual Ph.D. in Sociology of Culture and Islamic Studies from the University of Pennsylvania in 1984, followed by a postdoctoral fellowship at Harvard University. He wrote his doctoral dissertation on Max Weber’s theory of charismatic authority with Philip Rieff (1922-2006), the most distinguished Freudian cultural critic of his time. Professor Dabashi has taught and delivered lectures in many North American, European, Arab, and Iranian universities.

Professor Dabashi is currently the Director of Undergraduate Studies (since 2020) at MESAAS. He has in the past chaired the Department, and been its Director of Graduate Studies.  He is a founding member of the Institute for Comparative Literature and Society, a founding member of Center for Palestine Studies, and he has chaired the Columbia College Committee on the Core. He is the founder of Drams of Nation:  A Palestine film project.

Professor Dabashi has written more than two dozen books, edited four, and contributed chapters to many more. He is also the author of over 100 essays, articles and book reviews on subjects ranging from Iranian and Islamic Studies, comparative literature, world cinema, and the philosophy of art (trans-aesthetics). His books and articles have been translated into numerous languages, including Japanese, German, French, Spanish, Danish, Russian, Hebrew, Italian, Arabic, Korean, Persian, Portuguese, Polish, Turkish, Urdu and Catalan.

Among his most recent books are Islamic Liberation Theology: Resisting the Empire (Routledge, 2008); Post-Orientalism: Knowledge and Power in Time of Terror (Transaction Publishers, 2009); Shi’ism: A Religion of Protest (Harvard, 2011); The World of Persia Literary Humanism (Harvard, 2014); Can Non-Europeans Think? (Zed Books, 2015); Persophilia: Persian Culture on the Global Scene (Harvard, 2015); Iran without Borders: Towards a Critique of the Postcolonial Nation (Verso, 2016); Iran: Rebirth of a Nation (Routledge, 2017); The Shahnameh: The Persian Epic as World Literature (Columbia, 2019); On Edward Said: Remembrance of Things Past (Haymarket, 2020); and The The Future of Two Illusions: Islam after the West (University of California Press, 2022).