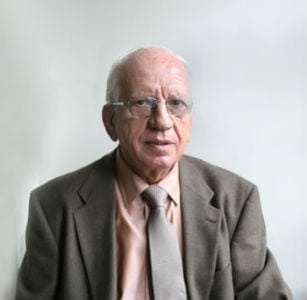 Dan Miron is the Leonard Kaye Professor of Hebrew and Comparative Literature. He is the author of more than twenty books, in both Hebrew and English. His books include The Prophetic Mode in Modern Hebrew Poetry (2009); a study of the poet and playwright Nathan Alterman, From the Worm a Butterfly Emerges; and two studies of the classics of Yiddish fiction, The Image of the Shtetl and Other Studies of Modern Jewish Literary Imagination (2001) and A Traveler Disguised: The Rise of Modern Yiddish Fiction in the Nineteenth Century (1996). In 1980 he received the Bialik Prize for Jewish thought, and in 1993 he was awarded the Israel Prize for Hebrew literature.

He teaches courses on, among other topics: Jewish writing and modernism; Introduction to Hebrew literature; Zionism: a cultural perspective; and the modern Jewish literary complex.