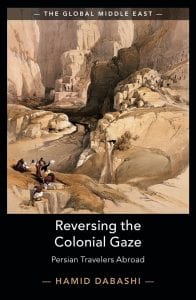 Exploring the furthest reaches of the globe, Persian travelers from Iran and India travelled across Russian and Ottoman territories, to Asia, Africa, North and South America, Europe and beyond. Remapping the world through their travelogues, Reversing the Colonial Gaze offers a comprehensive and transformative analysis of the journeys of over a dozen of these nineteenth-century Persian travelers. By moving beyond the dominant Eurocentric perspectives on travel narratives, Hamid Dabashi works to reverse the colonial gaze which has thus far been cast upon these rich body of travelogues. His lyrical and engaging re-evaluation of these journeys, complimented by close-readings of seminal travelogues, challenges the systematic neglect of these narratives in scholarly literature. Opening up the entirety of these overlooked or abused travelogues, Dabashi reveals not a mere repetition of cliché accounts of Iranian or Muslim encounters with the West, but a path-breaking introduction to a constellation of revelatory travel narratives that re-imagine and reclaim the world beyond colonial borders.