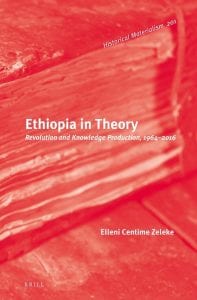 Between the years 1964 and 1974, Ethiopian post-secondary students studying at home, in Europe, and in North America produced a number of journals where they explored the relationship between social theory and social change within the project of building a socialist Ethiopia. Ethiopia in Theory examines the literature of this student movement, together with the movement’s afterlife in Ethiopian politics and society in order to ask: what does it mean to write today about the appropriation and indigenization of Marxist and mainstream social science ideas in an Ethiopian and African context; and, importantly, what does the archive of revolutionary thought in Africa teach us about the practice of critical theory more generally.

To view the preface by Donald Donham, book blurbs, archival photos, music, and excerpts from the book go to https://www.ethiopiaintheory.org/